​Where YOU are in The Driver's Seat!

Almost Half of Registered Voters Say Infrastructure Has Worsened

The country's infrastructure has deteriorated drastically over the last five years, contributing to congestion on many highways, according to a poll commissioned by the Association of Equipment Manufacturers that was released Aug. 9.

The U.S. average retail price of diesel fell 3.2 cents to $2.316, according to the Department of Energy, while oil prices climbed out of last week's bear market. 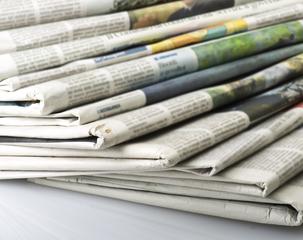 Police in Charles City, Iowa, say part of a freight train derailed and crashed into the side of a trackside tavern called the Derailed Bar.

The Organization of Petroleum Exporting Countries will hold informal talks at a conference in Algiers, Algeria, next month and considers the recent decline in oil prices temporary, the group's president said Aug. 8.

Premier Trailer Leasing, a provider of trailer leasing and rental assets and related value-added services, has been acquired by Redwood Capital Investments from Garrison Investment Group.

Bison Transport Inc. has named Trevor Fridfinnson, who has been with the company for more than 23 years, to the position of chief operating officer in a move the company calls a necessary expansion.

Tech Startup Enjoy Delivers Your Product, Teaches You How to Use It

Enjoy, a tech device set-up and delivery service, aims to make reading indecipherable instruction manuals a thing of the past. An Enjoy "expert" delivers the purchase, unpacks and sets up the device, then helps the client learn about it, in up to an hourlong visit.

This site is dedicated to those Professional Drivers who are keeping our country strong and our economy growing.

This is YOUR Site & YOU are in the Driver's Seat. ALL this at NO cost to You!

To help drivers with the challenge of finding the most efficient route to make their deliveries, UPS has developed ORION, a program that calculates an optimized delivery order aimed at reducing miles traveled, transit time and fuel consumption.